At the end of Season I of the 13-part miniseries 90 DAYS, fierce anti-corruption advocate Malam Adamu is elected governor of the fictional Northern Nigeria State of Babawa. He takes over a government in shambles, and rife with corruption and ineptitude. To keep his promise to run a transparent and effective administration that serves the people, he will have to override the wishes of his own supporters who expect to be rewarded for their support in helping him get elected, as well as an opposition party committed to undermining his efforts. The new governor will find that ending corruption in government, and throughout the state, is a lot easier said than done. 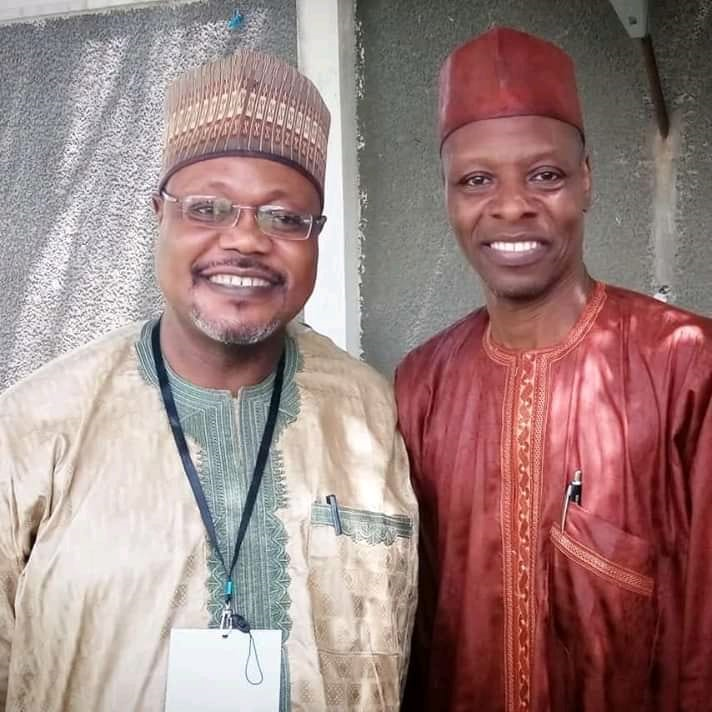 The outgoing governor, Malam Bawa, faces an uncertain future. His wife fell gravely ill in the days just before the election, and his closest advisors are exposed as the masterminds behind the murders of several children, and numerous lesser crimes. With confessed murder Sambo turning himself in to the police, and directly implicating the governor’s top lieutenant, Yakubu surpass governor in the murders of seven children; the former governor himself could face criminal charges.

What to do about the former governor’s alleged involvement in serious criminal activity, as well as wholesale corruption, is just one of the questions faced by Governor Adamu and his new administration. But Governor Adamu is determined to establish the precedent that no one is above the law, even as he discovers that the criminal justice system in the state is woefully inadequate to prosecute crimes by the rich and powerful. The new governor turns to former DPO Yohanna to lead the effort to reform the police department, and to gather evidence that is strong enough to bring charges against any, and all, from the former government found culpable in criminal activity. It is not an easy task, as Yohanna faces opposition from both inside a police force used to supplementing their salaries with bribes, and outside from powerful interests used to paying off the cops whenever they have a brush with the law.

Governor Adamu is determined to keep his promises to reform the education system from top to bottom, to provide better medical care for the masses, and to begin the consistent delivery of electricity, and other government services. But the more the new governor learns about the state’s crumbling infrastructure, poorly trained workforce, and deep-seated corruption, the more difficult the task seems to become. With many powerful business interests, and some of his own most loyal supporters leaning on him to stick to the old corrupt ways of doing things, and the public growing restless at the apparent lack of progress in bringing about meaningful changes, the governor’s faith in transparency and reform is severely tested.

When he is unable to bring about immediate changes in the power sector, the residents of the state who voted him into office begin to complain openly and loudly. Rather than retreat to the safety and solitude of the Government House, Governor Adamu goes into the lion’s den. He meets with constituents face-to-face, tells them the truth, hears, their complaints, and asks them directly for their support in a joint effort to figure out solutions to the state’s most vexing problems.

Sahabi, the courageous radio journalist whose countless exposes helped to bring down the previous government, continues his relentless search for the truth, and he will be looking to see if the new government lives up to its promise to end corrupt practices. Sahabi’s friendship with former Governor Bawa’s daughter Salma grows stronger, and they begin to think of each other as possibly more than friends. But the former governor considers Sahabi a mortal enemy, and he vows never to allow his daughter to have anything to do with the man who singlehandedly brought a premature end to his power. The young couple must wrestle with their respect for her father, and their desire to be together.

As DPO Yohanna’s case against Sambo’s comes together for the murder of the children, and it becomes clear that he will implicate the former governor’s top assistant in the crimes, former governor Bawa and Yakubu surpass governor hatch a plot to silence their former hit man. First, they hire a lawyer for Sambo whose intent is to funnel money to him if he takes the blame for the murders. When that fails, they hatch a plot to enlist corrupt police officers to murder him inside his jail cell. When Yohanna accidentally uncovers that plot, the former governor’s team enlists Bala, the man who killed Sambo’s daughter and plucked out her eyes, to get himself arrested so he can kill Sambo in prison.

Hindatu’s ongoing challenge is securing a proper education for her son Ayman, who was blinded when the former governor’s thugs plucked out his eyes as part of a dark and desperate plot to secure the incumbent’s reelection, exposes serious fault lines in the primary school system in the state. Not only are the public schools inadequately prepared to handle physically challenged students like the blind, and others with disabilities, the system is rife with corruption, poorly trained teachers, a lack of supplies, and leadership that demands unauthorized fees for books and services that are supposed to be free.

Hindatu uses her new television show as a platform to expose the problems she personally encounters getting an education for her own son, placing herself and her son Ayman at the heart of a campaign to reform the educational system, and placing more pressure on the new government to take effective action.

At Babawa University, the fallout from the cheating scandal involving Abba John, the former Deputy Governor’s son, and Fa’iza, daughter of the governor’s main enforcer, reverberates long after the election. Having been forced to withdraw the charges of exam malpractice against the two students, Dr. Shariff is ever more determined to see corruption rooted out of the university system, and takes his case directly to the new governor. Governor Adamu puts Dr. Shariff in charge of a taskforce charged with examining every aspect of the system, from corruption in admissions, to the issuance of false degrees and certificates, to exam malpractice.

The illness of the former governor’s wife, Hajiya Rabi, has left her aide, Rayya, feeling vulnerable; she is unsure if her patron will keep her on as the governor and his wife’s fortunes seem on the wane. Rayya is desperate to secure her place in the city, and if she can’t stay on with Hajiya Rabi, she realizes she must either find a real job, though she has few marketable skills, or she can get married.  But she can’t stand the idea of settling for her best prospect, Yawale, the deaf driver, who now works for the new governor. The absolute last thing Rayya wants to do is return to her village, which is a fate she considers worse than death itself.

By the end of Governor Adamu’s first 90 days in office, he has learned a lot about the depth of the problems he and his new government face in trying to root out corruption and deliver on his promises of providing reliable public services. He also realizes that he’s in an ultra-marathon, not a sprint; that finding solutions to deep seated and endemic problems of corruption and the government’s sheer inability to provide reliable electricity, healthcare services, education and other services will take time, money, patience, and public support. The question of whether he can do what few other public officials have been able to do in Nigeria – –  that is bring about lasting reform – – and whether the public has the will to stay the course when the obvious benefits are hard to identify in the short term, will play out over the governor’s four-year term in office – 90 days at a time.