Equal Access under  the Farar Tattabara  platform produces the Ilimi Abin Nema Radio program  aimed at interrogating and discussing the challenges affecting the Almajiri and Tsangaya school system, as well as the role of government, parents and other stakeholders in ensuring quality life and education for Northern children. The program provides an opportunity for interaction with Ulamas, parents and community leaders to understand the factors informing parents’ decision to send their children to Tsangaya school, and also create dialogue around combining the Islamic and formal systems of education that will ensure that these children have an opportunity to a promising future. 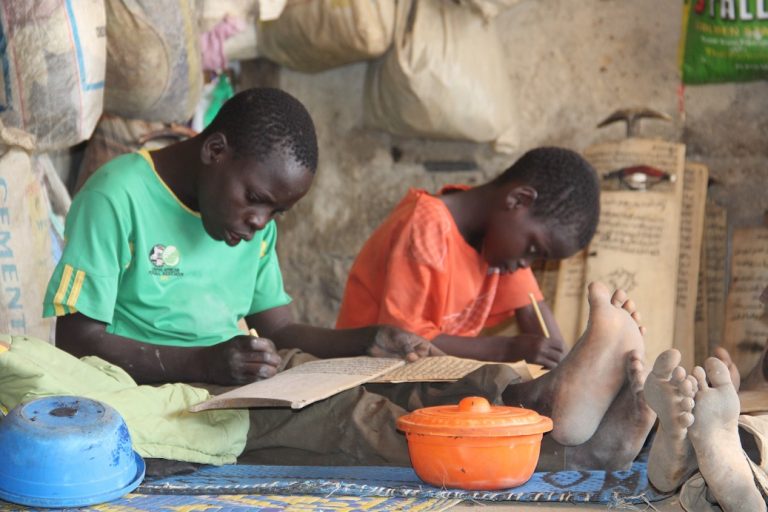 Northern Nigerian Quranic School also known as Tsangaya Education or Almajiri School is a concern that has received great attention over the last 20 years in educational policy statement/decision, academic discourses, seminars, conferences and political campaigns. Despite making the Almajiri predicament a topic of national discourse, there are still several challenges associated with improving the system and a seemingly weak political will to implement decision taking. The current pattern of running the school system doesn’t provide these children possibility of a bright and successful future. Hence, the Almajiri child is at high risk of falling victim to radicalization and negative influences.

Almajiri derives from the Arabic word Al-Mahaajirun, which means a learned scholar who propagates the peaceful message of Islam. In northern Nigeria and parts of West Africa, Almajiri refers to young children (primarily boys) between 4 and 18 that are sent to Islamic boarding schools, often study only the Koran, often have to beg in the streets to subsidize the cost of their education, spend years without seeing their families, and have been the target of recruitment by violent extremist groups and gangs.

After listening to Ilimi Abin Nema Show, many schools reported that they were incorporating non-Koranic subjects into the Tsangaya (northern Nigerian Koranic School) system, including math, science, English, and life skills, after hearing about their importance in our program. This change in curriculum was supported by religious leaders and parents. After listening to our program, dozens of Tsangaya teachers we interviewed across the North said they no longer send their school children to beg in the streets as a form of subsidizing the cost of learning. Parents report keeping in closer touch with their children in Tsangaya schools, after learning of the importance of parental guidance and family bonding from our programs. This reduces the sense of isolation and abandonment felt by young boys who fall prey to violent extremist organizations (VEOs) and their rhetoric.

Curriculum Reform several prominent religious leaders and Tsangaya teachers we met with reported seeing clear value in expanding their education to include non-religious elements. This is hugely significant as most Tsangaya schools currently only teach the Koran. Islamiyya schools include teaching from the Prophet and other religious teaching, but some now report including other non-religious subjects as well, attributing this change directly to Ilimi Abin Nema’s influence.

For example, a Tsangaya teacher in Maiduguri wrote to us, “After listening to your program, I saw the importance of a strong education and now send my students to get additional education.” Similar stories were repeated dozens of times across all states in the North.

Stronger Parent-Child Relationship many Almajiri’s also report being in more frequent contact with their parents as a result of the program. This is significant because during our baseline formative research, many students reported not seeing their parents for years at a time and not even knowing how to contact them. Closer parent-child contact reduces the sense of isolation and abandonment felt by young boys who fall prey to violent extremist organizations and rhetoric. One religious teacher in Borno said, “Now when parents drop their kids off we are sure to get their basic information, address, and to encourage them to visit.”