EAI-Nigeria advertised through various platforms a call for applications for participants. The call for applications gave preference to youth who have not participated in previous EAI activities. A total number of Four Hundred and Eighty-Four (484) applications were received, reviewed. The short-listed applicants were interviewed screened the twenty (20) finalists.

The Peace in Focus project, implemented by Equal Access International (EAI), with active participation by National Geographic (NG), is to train and catalyze Northern Nigeria youth to be engaged citizens, visual storytellers, and peacebuilders. Through a tested and innovative 5-day training curriculum and follow-on fellowship, 20 youth gained photography, digital media, and storytelling skills which they will use to address complex social issues that often lead to violence and violent extremism, and will amplify underrepresented voices and positive alternative narratives capable of shifting attitudes, behaviors, and social norms through campaigns, photo essays, digital stories, and peace promotion activities. By tapping into existing EAI media platforms and messaging hubs, youth will be channeled to powerful existing opportunities to develop their skills and amplify their visions for their communities.

Photography and media are among war’s most powerful weapons, both as instruments of violence and tools of peace. Recent history gives us many examples, such as the significance of the radio in fueling violence in the Rwandan genocide and the power of ISIS and Boko Haram to recruit and radicalize with compelling images, videos, and visions for transformative social change through violence. After a decade of programming, CVE remains too focused on drivers and grievances, and often lacks equally powerful and compelling narratives and creative visions that rival in size and scope those of extremist groups and can mobilize excluded and marginalized young people for positive social change. Technological advances and growing access to television, social media, and digital photography are raising the reach of visual media becoming an unexamined, dangerous tool often controlled by elites. Unfortunately, many groups around the world remain systematically excluded from the production of their own image and story. As the number of conflict images in the media continues to grow, the need for an inclusive visual discourse becomes apparent.

The Photo Camp will culminate in a Community Photography Exhibit in Kano (with an accompanying online gallery) which will include a gallery walk and celebration. This will be an opportunity for Photo Camp participants to share their work and visions with the community. The event will be highlighted on social media, White Dove media, and local news outlets will be invited to provide additional coverage. Graduates will be invited to become Visual Storytelling Fellows and return to their communities and continue their work with photography, storytelling, and peacebuilding. Fellows will receive a smartphone with built-in high-resolution camera to keep and develop their craft as visual storytellers and advocates. Fellows will also receive ongoing mentoring from EAI staff. As Fellows, the youth will have increased opportunities to grow into an influencer role within their communities and will join EAI’s network of fellows in Nigeria and around the world. EAI will provide further support including social media exposure on its popular White Dove platforms. Additionally, NG will feature photos in future exhibits and online official NG platforms. Images will also be shared with the US Embassy to use in their future exhibits, articles, and publications. 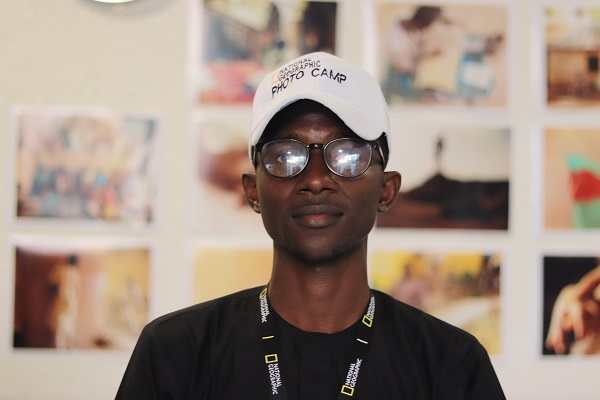