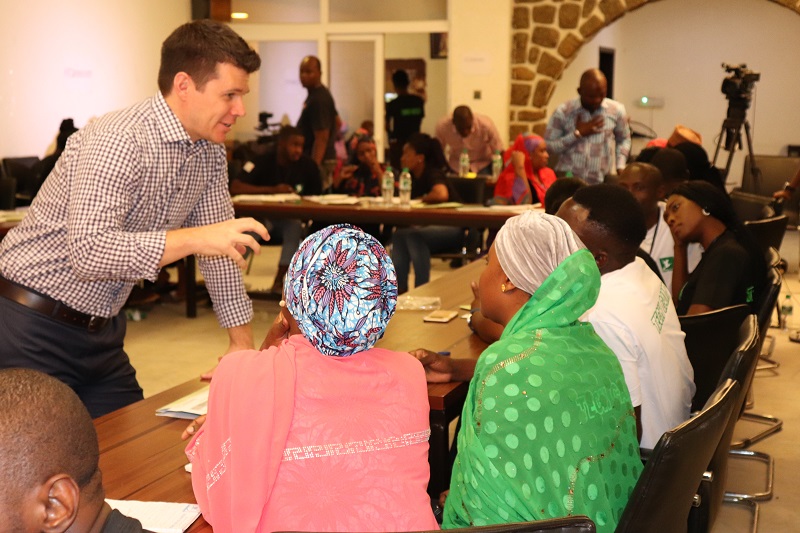 By putting people’s authentic stories and dreams at the center of our programs, communities and entire societies change their stories from dis empowerment and marginalization to empowerment and possibility.”

Founder and Board member

In 2000, Ronni Goldfarb had a vision. With the rapid development of information and communication technology and a deep belief in the power of the individual to affect change, she and a small team launched Equal Access International (EAI.) EAI was born out of the commitment to fostering human development and authentic empowerment through universal human principles – listening, empathy, respect, dignity, learning, innovation, and storytelling.

Between 2001-2002, EAI secured a Ford Foundation grant and a UN Foundation Challenge Grant respectively. This funding made it possible to launch the organization’s flagship programs. The programs addressed HIV/AIDs prevention and women’s empowerment in Nepal and social and education programs via satellite to 7,000 rural communities across Afghanistan. EAI’s pioneering work combining social behavior change communications and community engagement earned us the prestigious Tech Award in (Education) for the breakthrough solution in Nepal. Receiving the Tech Award in 2003 was confirmation that our approach was innovative and poised for scale.

Under Ronni’s leadership, EAI expanded in and across ten countries in Asia and Africa. The organization worked to empower women and girls and prevent violence against them. It supported educating millions of marginalized youth with life skills and livelihoods training and advancing pioneering peacebuilding in some of the most challenging regions of the world.

Formation of a Hybrid venture

In 2014, EAI launched the world’s first and only Hausa-language free to air 24/7 satellite TV channel. Produced by and for northern Nigerians, AREWA24 (www.arewa24.com) provides programming that empowers young people, educates children, supports women and girls, promotes peacebuilding, and celebrates the diverse culture and history of northern Nigeria. In 2017, AREWA24 became fully privatized, secured a lead investor, and is operating on earned revenues.

In 2018, EAI was poised for its next significant expansion. After 18 years, the organization’s broadcast audience reach had surpassed 200 million people with over 75 million regular viewers, and listeners, and more than 118,000 people directly engaged in community activities through high-impact programs. At this peak, Ronni elected to move on from EAI maintaining her dedication by serving on the Board of Directors and as a Senior Advisor. Mr. Byron Radcliffe was chosen as the new President & CEO to lead EAI into its next phase of growth.

For me terrorism is caused by bad governance...youth unemployment is one of the main factors pushing young people towards radicalization. Solutions are to promote dialogue and resolve conflicts."